Snowmass Coalition is an exceptional male and we are extremely excited to add him to our breeding program. His histogram and EPD data are as fine as this superb lineage. His fiber is dense, full of high-frequency crimp, and the fleece holds a beautiful luster.

His strong genetics include notable names from both his sire Snowmass Elite Legend and dam Snowmass Wedding Veil:

Coalition ranks in the top 1% for MC (mean curvature), the top 5% for SDAFD (micron standard deviation) and SF (spinning fineness), and the top 10% for AFD (micron count) and FW (fleece weight). 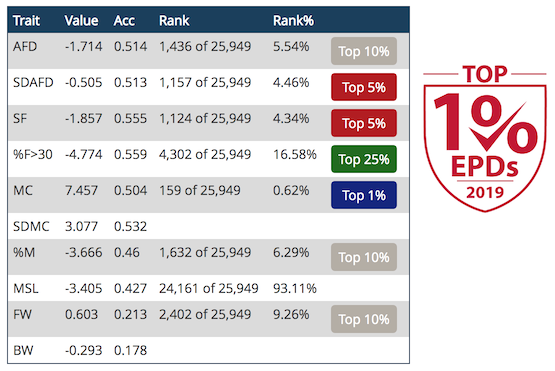